Late for the Parade 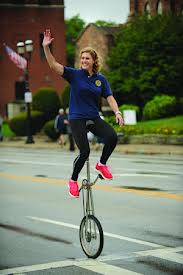 Here is my entry for Susanna Hill's Holiday Contest...
Rolling through the doorway on her six foot unicycle, Becca Elf hopped off the front stoop and pedaled toward the street. She turned onto the sidewalk and raced downtown. Becca was late for the Sleetville Holiday Day parade and didn’t want to worry her little elf, Eli. As she sped to the tracks, the gates went down forcing her screech to a halt and then pivot back and forth to stay on her perch.


Becca bumped across the tracks barely staying on her seat and heard a sound in the distance.


“Oh No! The parade is starting!” she yelled to the air. Becca righted her elf hat and pushed her pointy shoes against the pedals as quickly as she could.


“Where’s my elf?” asked Santa from his perch upon his sleigh on his float.


Becca couldn’t hear Santa or Eli but she was nearby and working too hard to announce that she was on her way.


Santa’s float rolled across the intersection to begin the parade.


“Excuse me! Excuse me!” called Becca to the crowd who was pushing toward the curb to see Santa.


“Let her through!” squeaked a very little girl sitting on the shoulders of a very wide man.


The people parted  and Becca rolled through the crowd. As she bumped over the curb, her wheel hit a purse strap and…


She twisted, she turned, she fell into the street. CRASH!


“Someone help her!” yelled the woman with the purse who’s face was quite red.


“I’m okay,” announced Becca standing and picking up her unicycle. She placed her right foot on her wheel and with two more steps and a slide of her seat, she was pedaling toward Santa. 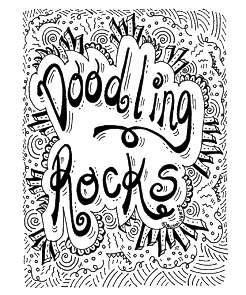 Check out my unique designs !

Other Places to Find Me:

Check out my online portfolio! 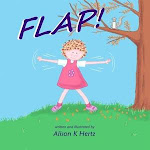 I wrote and illustrated a picture book!